Taxation of cross-border commuters in Switzerland and France 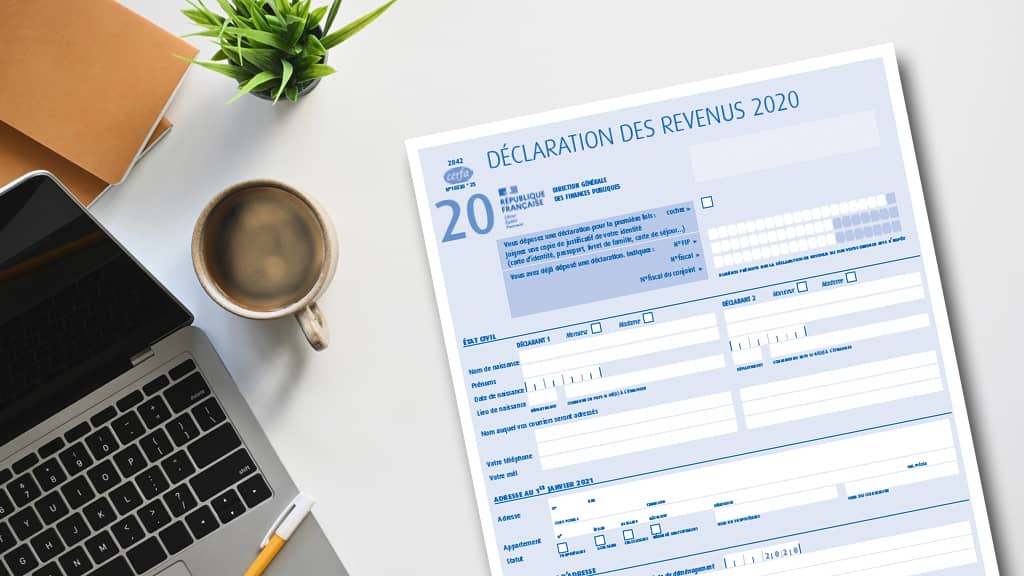 In their everyday lives, cross-border workers are constantly subject to Swiss and French legislation. This is the case, for example, for health insurance, family allowances, etc. Taxation is no exception. Swiss cross-border tax is actually multifaceted, as it depends greatly on the situation of the worker concerned.

As a cross-border worker, you pay tax only in Switzerland, only in France, or in both countries.

Depending on the canton of employment, the activity of the spouse, the professional situation (employee, self-employed...) and other parameters, the taxation and tax rules that apply are different for everyone.

Summary
Add a header to begin generating the table of contents

When talking about cross-border workers tax in Switzerland, the first thing that needs to be determined is the tax regime to which a frontier worker is subject, i.e. in which country or countries (and possibly in which canton) the frontier taxpayer is taxed.

To simplify understanding, we have summarised the main cases in the following table:

Note: your situation is not listed in this table? Do you want to be sure of your tax situation? Contact our teams, we will give you more information.

The certificate of tax residence (form 2041-AS)

For cross-border commuters working in the cantons of Bern, Solothurn, Basel-Stadt, Basel-Landschaft, Vaud, Valais, Neuchâtel and Jura, the French government has introduced a certificate of tax residence the purpose of which is to limit tax evasion (before the introduction of this certificate, some cross-border workers did not declare their income in France, as the French tax authorities had no way of knowing that the taxpayer was employed in Switzerland).

This is an important tax step for the frontier worker as it can potentially avoid double taxationin France and Switzerland on his income.

This certificate of tax residence, also known as form 2041-AS, must be completed by the frontier worker's tax office, which must then forward it to his or her employer.

To obtain the 2041-AS tax residence form, go to the French tax site and type 2014-AS in the search form or consult our guide "How to complete the tax residence certificate".

Special cases for people living in the Ain department

For people living in the Ain department, a special procedure has been set up.

Tax in Geneva for cross-border commuters

In the canton of Geneva, cross-border commuters are taxed at source, directly on their wages. The employer is responsible for calculating the tax on the basis of the information provided by the cross-border worker. It is also the employer who deducts the calculated cross-border tax from the salary and transfers the amount of tax to the cantonal tax administration.

How is withholding tax calculated?

Withholding tax is calculated as follows: 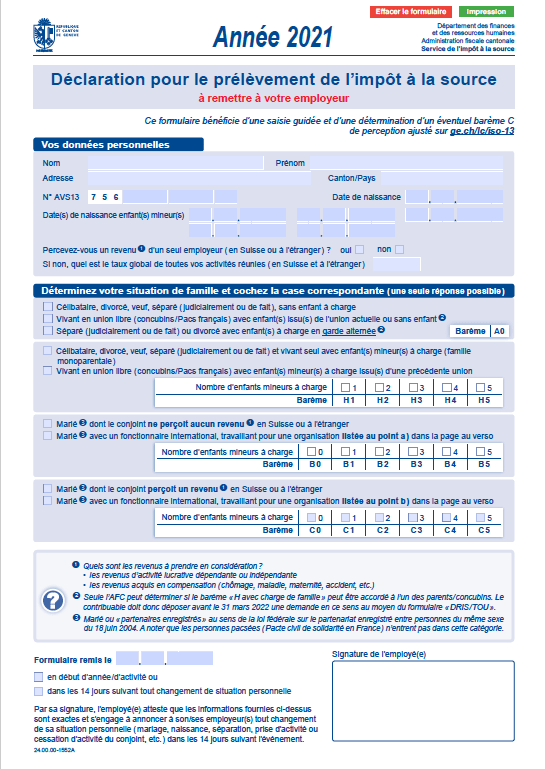 On joining the company, the cross-border employee fills in a tax return form for withholding tax in which he must specify his family situation. This document will be used by the cantonal tax authorities to establish the withholding tax rate.

This document must be completed and submitted to the employer whenever there is a change in personal circumstances (birth of a child, marriage or divorce, etc.)

What is a rectification?

As the withholding tax is a tax deducted for the current year before the taxpayer's actual tax situation is fully known (which will by definition be at the end of the year), and as this tax includes in its scales flat-rate deductions, it will, for many taxpayers, be different from the tax that should actually be paid.

Therefore, a tax adjustment makes it possible to take into account any real deductions and to apply them in the tax calculation.

For example, a cross-border taxpayer who has bought back years of insurance for the 2nd pillar (LPP, payments to his pension fund) during the year will be able to apply a deduction.

What deductions are possible in the context of the rectification?

What are the deadlines for submitting the source tax adjustment request?

In Geneva, the deadline for filing requests for source tax adjustments is 31 March of the current year for the previous year's income. While it is possible to request a delay for an ordinary tax return, it is very difficult to obtain one for an adjustment. The deadline of 31 March must therefore be scrupulously respected.

The only exception: It is still possible to make an adjustment after 31 March for a married couple on scale C, as this is mandatory

The quasi-resident tax return, to take account of actual expenses

The Geneva cantonal tax administration (AFC) has introduced a specific tax return for cross-border workers in the canton of Geneva whose gross household income is more than 90% Swiss.This tax return is called quasi-resident tax return.

Cross-border taxpayers who are in this situation can claim additional deductions, such as deductions for mileage, loan interest, health insurance costs, etc.

2 steps are necessary to establish a quasi-resident tax return:

What is at stake here is the following calculation: are the additional deductions allowed by the quasi-resident status higher or lower than the flat-rate deductions included in the withholding tax scale for each taxpayer who applies for them?

If these additional deductions are higher than the standard deductions, then the quasi-resident status is more attractive for the taxpayer.

If these additional deductions are less than the standard deductions, then the quasi-resident status is less attractive for the taxpayer.

Taxation of cross-border workers in France

The French tax return is an essential and mandatory step for frontier workers living in France.
All cross-border taxpayers who live in France are legally obliged to file a tax return in France, even if 100% of their income is from Swiss sources.

The French tax return for cross-border commuters must be made, as for all French taxpayers, for the previous year's income.

How is the amount of tax calculated in France?

What is taxable income in France?

In France, a household's taxable income includes all types of income received, of which the following are the main examples:

The French tax calendar is based on the civil calendar: the tax return for a year "n-1" is made in year "n". The tax return must therefore include all income received between 1 January and 31 December of the previous year.

We have produced a cross-border tax return tutorial to provide step-by-step guidance for taxpayers who wish to complete their tax return themselves.

The different forms and annexes of the French tax return

The tax return is in the form of a main return (form 2042) and annexed returns.
We have listed some of these below:

Any cross-border commuter with a bank account in Switzerland (or abroad more generally) must declare it to the French tax authorities. This declaration is made using form 3916.

Failure to declare accounts opened in Switzerland is punishable for the taxpayer concerned:

How is Swiss income taken into account for the calculation of cross-border worker tax in France?

In the canton of Geneva, most cross-border taxpayers are subject to withholding tax.

As the tax is paid in Geneva, a tax credit system, provided for on the French side, makes it possible to take into account this tax paid in Switzerland: insofar as this Swiss income will be declared by the cross-border taxpayer in his French tax return, the tax credit avoids double taxation.

How is the tax credit (crédit d'impôt) for cross-border workers calculated?

The tax credit is a tax credit equal to the French tax, i.e. the tax authorities will calculate the tax that you would have had to pay on the declared net taxable income if it had been received in France.

Therefore, you will never have to pay additional tax if you declare only Geneva salaries as income.

However, there is an exception for flight crews (aircraft and ships) who will be charged the tax actually paid in Switzerland. This means that if the French tax calculated is higher than the Swiss tax paid, there will be a supplement to be paid in France.

How is tax calculated in France for cross-border workers?

There are 3 main types of cases:

Tax brackets in France for the year 2021

In France, the tax rate is progressive: the tax rate increases in stages with the increase in income, calculated in brackets. This is known as a tax scale.

For income received by a cross-border taxpayer in 2020 and declared in 2021, the tax rates are as follows:

The impact of the number of shares on taxes

Note if a taxpayer no longer has a dependent child, lives alone on 1 January of the tax year and has raised a child alone for 5 years during which the child was dependent on him/her, box L of the tax return must be ticked and the taxpayer will have 1.5 lifetime shares instead of one.

The stages of income tax calculation in France

Since 1 January 2019, income tax in France has been deducted at source. The French tax authorities deduct the amount directly from salaries and pensions.

The taxation of frontier workers is punctuated by two major annual events:

For cross-border commuters working in the cantons of Vaud, Valais, Jura, Neuchâtel, Berne, Solothurn, Basel-Stadt and Basel-Landschaft, an exemption for overtime worked in excess of 1,840 hours (for 100% work) is possible.

To do this, you need to download the2041-AE employer's certificate, have it completed by your employer in Switzerland and send it to the French tax authorities. 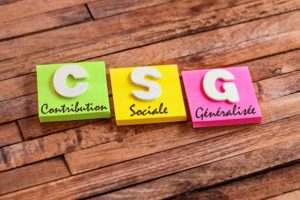 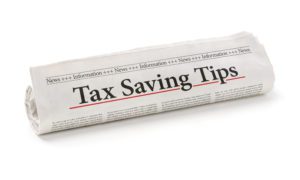 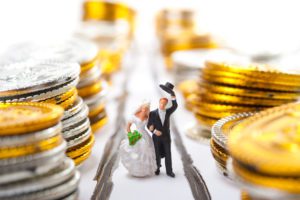 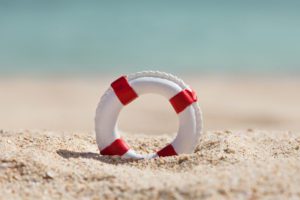 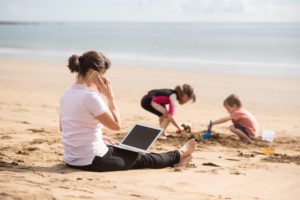 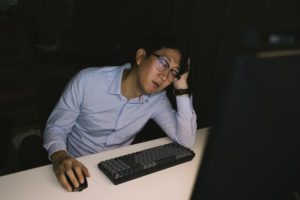 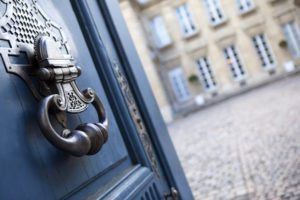 Adjustment of the withholding tax: the shock interview of Romain Clapier

How to reclaim your withholding tax paid in 2020

What about quasi-resident status in the canton of Vaud?

What about quasi-resident status in the canton of Vaud? Lire la suite »